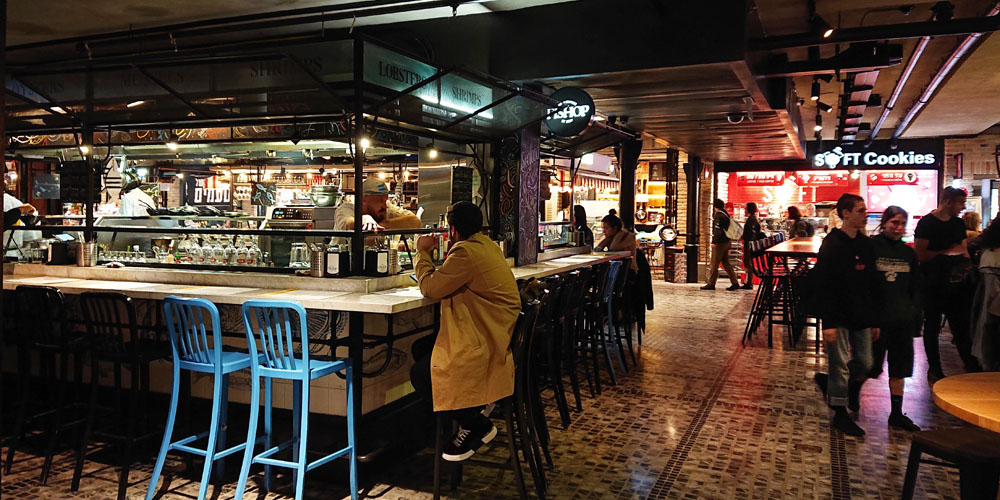 Although the origin of the modern food hall is often credited to Eataly in Torino, the emergence of food collectives in redundant US retail stock in the wake of the GFC was a greater stimulus for what is often described as democratic eating, providing venues for local and artisan food concepts, food vendors and bars around curated ‘ad hoc’ seating. Throw in eclectic and historical architecture and the mix that emerges becomes a touchstone for quality fast (and not so fast) food and the right place to hang out, light years away from the bland food courts and chain fast food vendors that defined so much of value dining in the nineties and noughties.

This is the formula for many of the world’s most Instagramable food halls, connecting as much to the experience focus of millennials as to the quality of the dining itself. But replicating this rich texture into more modern venues, creating an instant patina and character to replace the waning appeal of yesterday’s food court, is the real challenge, especially in locations where the most valued commodity of all – height – is not available.

The functionality of food halls is a question of the tenant mix and the ambition for the hall itself, depending on the proportion of tenants working in small footprint kiosks with a three-person crew and storage, pre-prep and major frying undertaken remotely in a common kitchen, but layering this into a seamless process communicating sweaty industry, culinary theatre and efficiency requires a robust and elastic layout, which now needs to balance the serving of in-hall diners with delivery riders. With kiosks that are too small to split this service and maintain the loyalty of in-hall diners, the mark of success will be the incorporation of this invaluable proportion of turnover into the theatre of the food hall without it impacting on the seating efficiency.

The sweat, noise and industry of food produced by man’s own hand are part and parcel to the food hall concept and, by extension, so is a gritty, haphazardly urban environment. This is the essence of Commune 2nd in Tokyo and New York’s Chelsea Market. Food halls are defined by the atmosphere they create and the magnetism that results. As well as a convincing food and bar offer, this requires a patina of foreverness, which is more than just painted mild steel and squares of coloured Plexiglas; this is space that simply looks as if it hasn’t been designed. 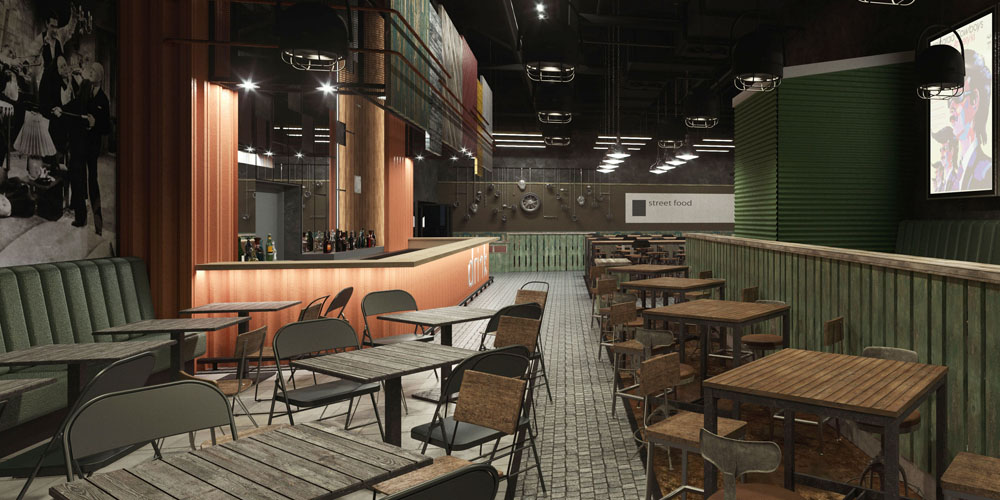 But back to height. Some food destinations, such as Tel Aviv’s Sarona Market, capitalise on the tight, near-claustrophobic intimacy of their common space, but, for most food halls, the historical reference to market halls and their light and airiness is an important part of creating a food destination that is both appealing and memorable, an aspect exploited in Foodhallen Amsterdam and Sydney’s Tramsheds. It creates a busy, echoing acoustic that is difficult to replicate in flat-ceilinged space and capitalises on the evolving light cast through the day, giving a very different experience to lunchtime and evening dining. Artificial skies, diurnal light temperature variation and reflective ‘infinity’ ceilings can address this, but so can pursuing a ‘warehouse chic’, emphasising low, heavy structure to exploit a romanticised idea of the industrial, as in DeKalb Market Hall in Brooklyn.

Fundamentally, food halls rely on the creation of a tangible patina, be it real, reimagined or merely suggested. It is the language that has come to define the genre. Layer into this a convincing and consistent theme relevant to the location, the target audience or the core offer, and the mix becomes potent. 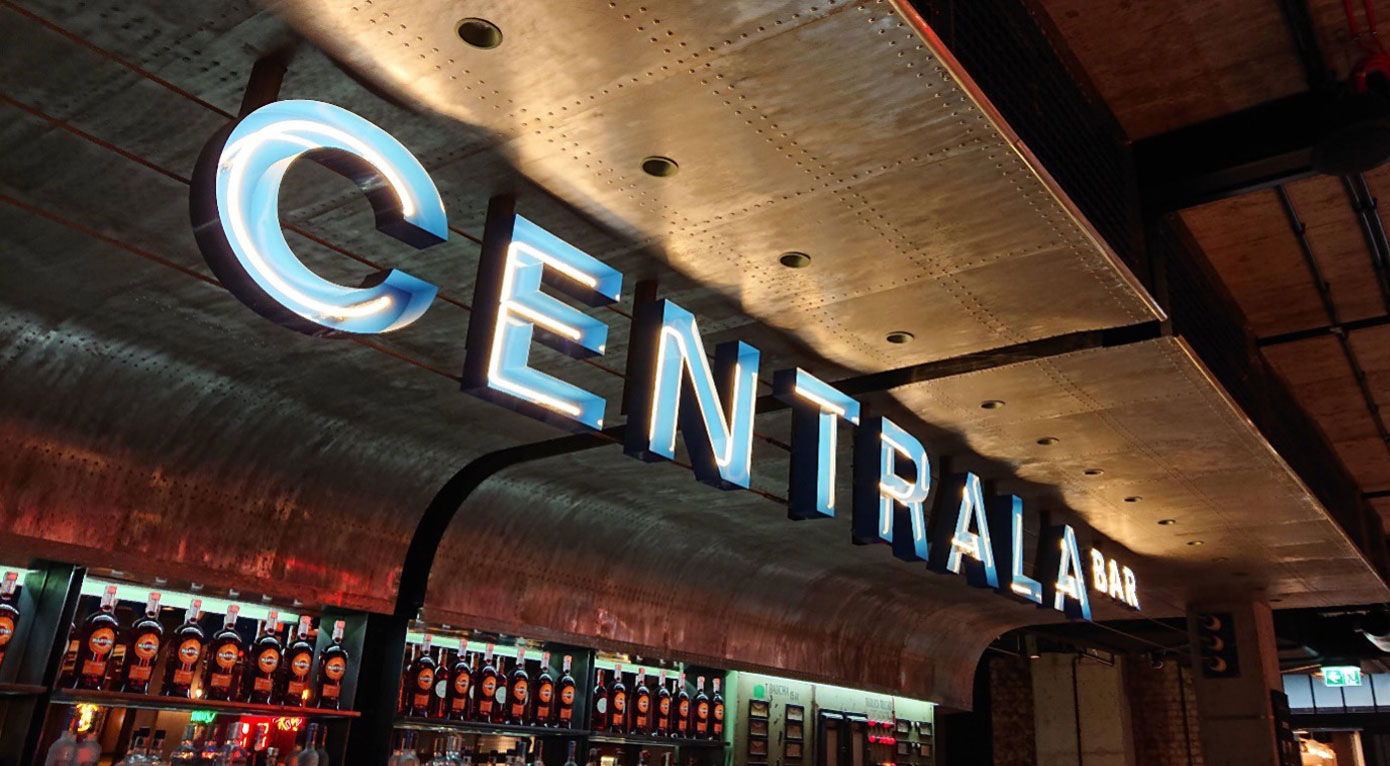